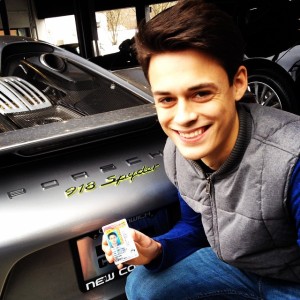 KidzSpeed is proud to have chosen Connecticut native and karting champion, Tazio Torregiani, as our March 2015 driver of the month.  Congratulations Tazio!

Christian:  What was it that made you get into karting?

Tazio:  The trip I took when I went to Portugal when I was 6 years old.  When I came off the track, the owner told me I was fast.  When we came back to the states, we bought a go kart and pursued racing after that.

Christian:  What karting classes do you now compete in?

Tazio:   Now I compete in Yamaha Junior class and the Tag Junior class. I also competed in the KFJ class in Europe.

Christian:  Tell me about some of the awards you have won?  The big races?

Tazio:  This past year I won 4 National WKA races.  In 2013 I won my first National race.  I have a total of 5.  At OVRP I won the Cadet championship. I’ve also won many regional races.  I came in 10th place in France, when I went to Europe.

Christian:  Tell me about your Brother, Dario?  I know he is a BIG help behind the scenes.

Tazio:  Dario has been a big help through the years.  He has help me win many races – tuning the kart, the engine.  He’s always been a big supporter.  I would not have gone this far without him.  Dario is right here.

Christian:  Dario, I just wonder what you like to do when you’re not tuning the kart?

Dario:  When I’m not tuning the kart, I have a camera and every once in a while, I like to go out and take pictures.  I like to edit the pictures and when I am done I send them to my Dad and also my uncle, who is a professional photographer, and show him my progress with photography.  I never really got into karting like Tazio did, but I loved to work behind the scenes and I suppose the technical side of karting and photography appeal to me.

Christian:  I read online that you raced in Europe. Is that true … and how is karting different overseas, compared to America?

Tazio:  I raced in Europe in 2012 and 2013 in CIK FIA Academy trophy.  It’s very different in a lot of ways.  All the drivers are very competitive from all over Europe, all over the world really.  They are very aggressive.  They are very technical with the kart and what they are doing.  They seem to love it more than the people here in the states.  It’s much more of a passion sport than here in the USA.

Christian:  What were some of the hardships you have faced so far?

Tazio:  Many of the hardships so far were definitely, some of the first injuries I sustained.  When I was young I fractured my ankle.  I got scared a little bit.  Right after that I got back into it.  I would say the real hardships were coming back from losses that should not have been losses.  For example, when I lost my neck brace in Daytona, while leading the race, that put a big burden on my shoulders and stressed me out and I definitely had to bounce back from that.

Christian:  How was Skip Barber and what surprised you most about the difference between driving a race car vs. a go kart?

Tazio:  Skip Barber was great.  We went there last year at the end of February.  It was a 3-day weekend school.  I’d say the biggest different was how to control the car, compared to a go kart.  It’s a lot slower being inside the car, but in reality it’s a lot faster getting on the gas.  The turning has to be a lot smoother.  You can’t throw the car into a corner like you would a go kart.  You have to be a lot more careful and spacial in relation to your surroundings.  It’s a whole ‘nother level.

Christian:   Who has been the most beneficial or influential person to you in your karting career?  If I had to guess, it would be Dario, right?

Tazio:  Well Dario is close, but I think my Dad is the one I’d say.  He and I went to Europe together, just the two of us – all the racing we did.  He was the one one the grid with me , the one tuning my kart and just the one who always supported me when I needed it the most.

Christian:  That’s a great answer.  Thanks Tazio for being a part of KidzSpeed.

* Editorial:  Stay tuned, because Tazio is one of our contributing race authors on my upcoming column: “Tips from Pit Lane” with advice & helpful tips from drivers like Tazio for  younger drivers. 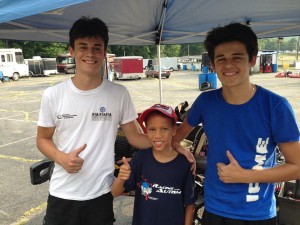 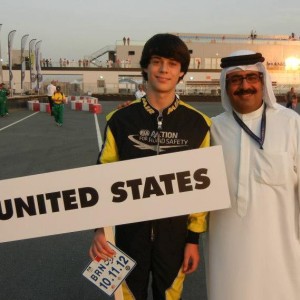 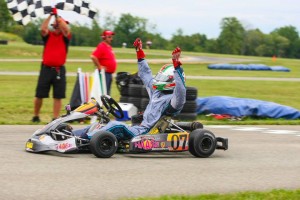 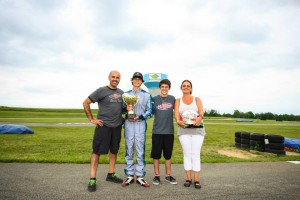 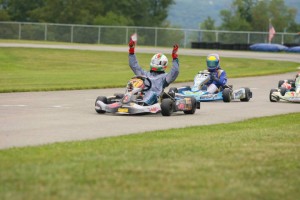 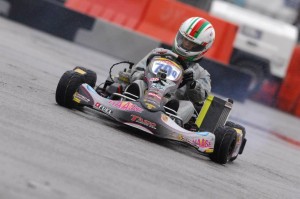 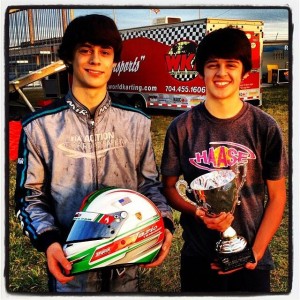 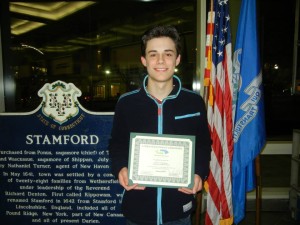 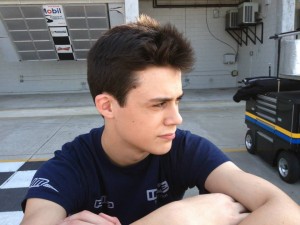 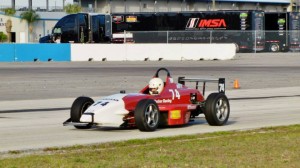 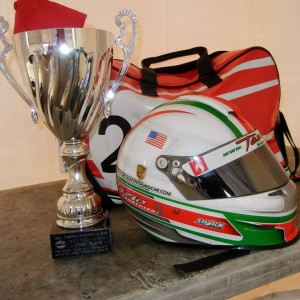 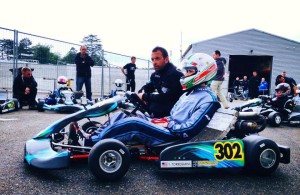 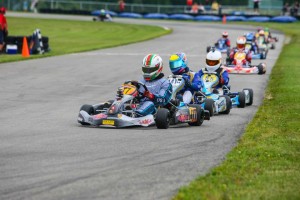 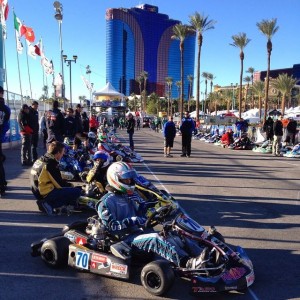 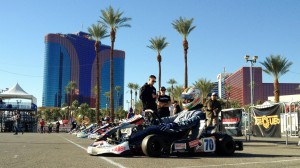