Michai Stephens Racing – “Destined from the start.  Driven to the end.”

KidzSpeed is proud to have chosen, 22 year old, Chicago native, Michai Stephens as our 2014 driver of the year.  Michai has an impressive and unique history in open wheel racing.  I first met Michai in the Summer of 2014 at the Skip Barber Summer Series at Lime Rock, CT, through my kart racing buddy, Carter Fartuch.   Michai has achieved great milestones in the world of open wheel racing in just a short time.  What makes Michai unique is that he had no prior racing experience until the age of 21.  In 2012 Michai was invited to participate in the first annual Skip Barber INDYCAR Academy Shootout based on his performance in a 3 Day Racing School and a 2 Day Advanced Racing School. He finished fourth out of 32 competitors. The following year he participated once more and Michai secured top honors in the 2013 Skip Barber INDYCAR Academy shootout, earning a scholarship to race in the 2014 Summer Series.  Michai also received a training scholarship from Racecraft 1 Motorsports Training.  Most recently, Michai traveled to the UK to represent Team USA Scholarship in the Formula Ford Festival and Walter Hayes Trophy event, where he finished 3rd.  Here is his interview with KidzSpeed.

CHRISTIAN:  Before winning the Skip Barber shootout, how did you learn about racing?

MICHAI:  I would play video games on Xbox, and from there I would watch races.  I had to share TV time w/ family while they watched football, basketball, baseball, etc.  I played with Hot wheels a lot when I was little.  I would roll around on my Mon’s bed and pretended I was a race car driver. So, pretty much I watched TV and played with my toys. I never had the chance to do go karts.

CHRISTIAN:  Is it true that you have never raced a go kart in your life?  I read that before Skip Barber, you had no prior experience racing.  You took the 3 day class and won the shootout competition and scholarship, is that true?

CHRISTIAN:  Wow… pretty amazing.  Where have you raced since the Skip Barber shootout?

MICHAI:  Yes, (laughing) Lime Rock, CT!  That was the most special one where I got to meet you there.  Also, Indianapolis and California.  I had a chance to go to England and I raced at Silverstone and Brands Hatch.

MICHAI:  Have you had a chance to go there or have you played it on your racing video games?

CHRISTIAN:  I’ve had the chance to play both Silverstone and Brands Hatch a lot on the video games.  On Real Racing 3!

MICHAI:  It’s an awesome place buddy.  I hope I can one day you will be able to make it there as well and you can give me a call and tell me what you think about it?  I thought it was a great place.  The coolest thing (Christian) was to see or rather experience, after watching Formula 1 on TV for so many years was.  So you would get to Silverstone and while we were doing our track walk, it was almost like a movie playing in your head.  You could see all the awesome passes in the races that went down there over the years.  The other cool thing was at Brands Hatch was, it was almost like walking into a bull ring.  You actually have to drive your race car underneath the track, under turn 1 and you go around into the pits.  It’s almost like walking into a football stadium, but it was a race track.

CHRISTIAN:  Cool.  Kind of like the track in Abu Dhabi.   I know that Turn 1 at Brands Hatch is the turn with the highest elevation.  And Turn 4 has the lowest elevation.  You can get a lot of speed out of Turn 1.

CHRISTIAN:  Who are your favorite drivers in racing?  Mine are Ayrton Senna, Lewis Hamilton and Sage Karam.

MICHAI:  Okay, I can respect all those drivers.  Definitely I agree with you on two of them.  Yeah, definitely Senna first.  I look up to Hamilton greatly, with the relationship he has with his father.  I am sure you and your Dad will have that same relationship, as I do with my Father. It’s the kind of relationship he and I have cherished.  He and I are trying to attack racing with that same love and team effort.  With respect to Senna, he is “the awesome man” – he was the Michael Jordan of racing.  What I try to do is my best and pick up something from every one of them out there, because they’re all good in their own way and that’s what’s gotten them as far as they’ve gone.

CHRISTIAN:  I think it’s cool that Senna won the race with his gearbox stuck in 6th gear.  Hamilton won the world championship.  And oh, I forgot to mention Michael Shumacher.

MICHAI:  Yes, I would have to make those my Top 3; Senna, Hamilton and Schumacher.  When I was in England, I got to race with Freddie Hunt, James Hunt’s son.

MICHAI:  That was pretty neat.

CHRISTIAN:  What does the future hold for you Michai?

MICHAI:  It’s gonna’ hold continued desire, passion and love for the sport of racing.  I am going to do my darn’est to be a part of the “Mazda, Road To Indy” ladder series.  Mostly try and make the most of every opportunity I can get my hands on.  I want to be an open wheel race car driver, more than anything else in the world, so that’s what we’re gonna’ go for.

MICHAI:  You’re welcome buddy!  I am honored for this prestigious award as KidzSpeed’s 2014 Driver of the Year.  If you ever need anything, I am always willing to be there for you.

How it all started 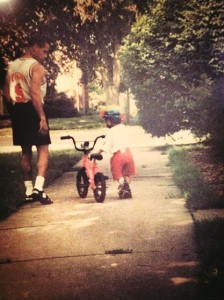 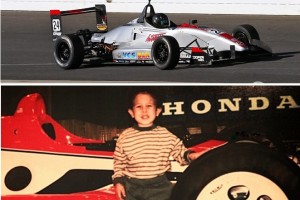 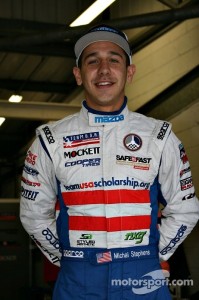 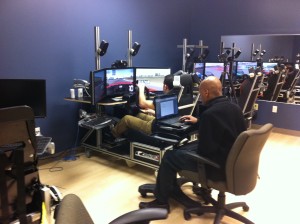 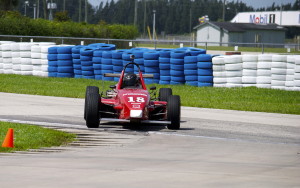 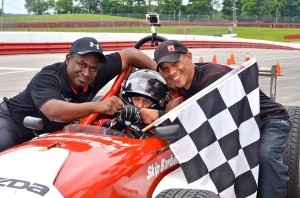 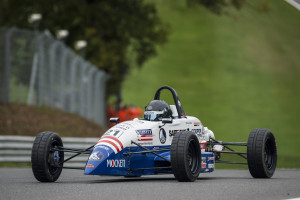 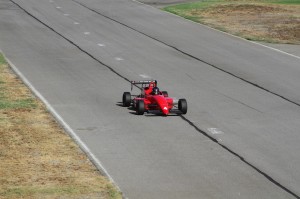 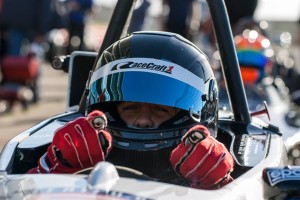 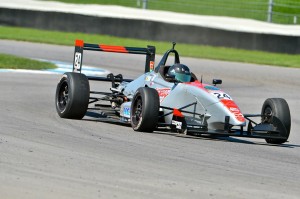 Michai and his Dad 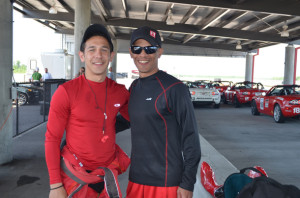 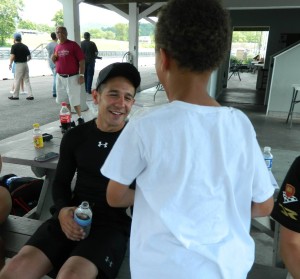 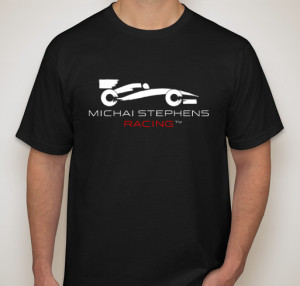