I am an official driver in the Kart Stars, Kart Racing game

I am officially a driver in Kartstars IOS app, Kart Racing game.

Kartstars features fast kart racing on 30+ hand-crafted tracks and 300+ levels. There’s 45 different karts all inspired by real karting. They’ve been working with real kart drivers to mix the authenticity of the real thing, with the fun of classic kart-racing games. Some of the real-world drivers included are Oscar Piastri, Bryce Fullwood, James and Dave Sera. 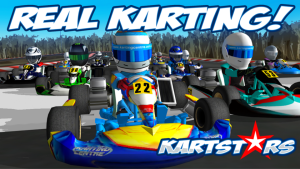 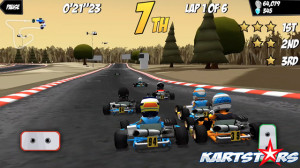 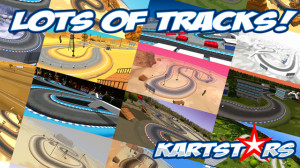 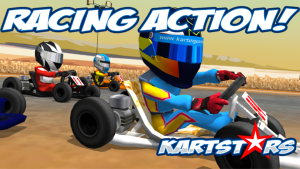 Minicades Mobile is an independent developer based in Melbourne, Australia and has been making games on iPhone and iPad since 2010. It was founded by two ex-automotive designers who decided it was more fun to make games than cars! A team of 6 people were involved in making Kart Stars. Some of their other titles include Mopar Drag N Brag,  Dragster Mayhem,  Stock Car Racing,  Champ Cars Racing Simulator.